The significance of Saturday’s Shute Shield climax against Eastwood at Leichhardt Oval runs far deeper than it simply being The Stags’ first grand final since 1998.

It is the chance to complete an astonishing rugby transformation by re-establishing Gordon as one of Sydney’s powerhouse clubs.

If all goes to plan, a home-grown tartan backrow will also be leading the way with 2019 World Cup Wallaby Jack Dempsey, Tom Silk and Lough all local juniors.

Lough, 24, knows exactly the lowest moment in the club’s history because he was the young captain on that dire day in May, 2018 when Norths inflicted a 97-14 embarrassment in front of Chatswood Oval’s dwindling faithful.

“Complete devastation. It was probably the lowest point in rugby for me...we were outmanned, outgunned and underprepared,” Lough said.

“The club was in a dark hole but being part of some tough years is also part of what drives us in this grand final.” 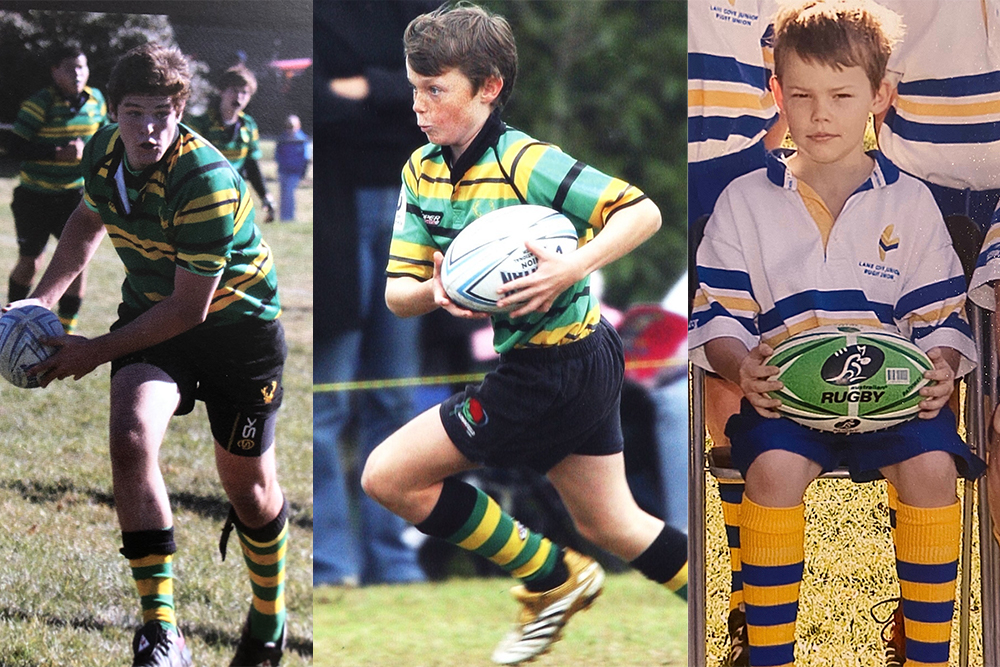 When coach Darren Coleman took on the major rebuilding job before last season he inherited a club that had conceded more than 50 points a game during a shambolic 2018 anchored in the cellar.

A sometimes-brutal series of bonding days tested the will of more than 140 players to fightback.

From the top grade to Colts to the women’s team...players at every level were asked to buy in.

Coleman whistled in a mate, Tim Hayes, to deliver the soul-building punishment from his hardcore days in Special Forces and as a Royal Australian Navy clearance diver.

From those sessions sprouted 2019’s “Never Quit” mantra which became a coded shout of “NQ”, at times, when The Stags were defending their tryline.

This year, “TT”, for “Tartan Tough” is the brand that Coleman’s team have lived for much of a rollicking run of 13 wins from 14 games.

“If I was to pick one moment for the turnaround, it would be those full club bonding sessions because it’s one thing to want success and another to never quit on working hard for it,” Coleman said.

Dempsey played junior footy from under-9s as a fresh-faced kid for the Lindfield Tartans and Chatswood Stags.

Uncle Tony Dempsey, an uncapped Wallaby flanker on tour in 1993 just weeks after winning a Gordon premiership, has already delivered two trophies to the revival.

He coached third grade to back-to-back premierships last weekend when an extra-time thriller was won over Sydney University.

“I have a strong and long history with Gordon in the family and it’s very exciting to come back to the club to compete for something special,” Dempsey said.

“I came out of the womb hearing war stories about the great Gordon teams, Tony winning in ‘93 and so on.

“I’ve been lucky enough to play at a Rugby World Cup with the Wallabies and for the Waratahs but, when you construct a bucket list for your career, playing a grand final with your club from juniors is very close to No.1.

“’Loughie’ just oozes what the club is all about with his pride and passion and he vocally energises everyone. 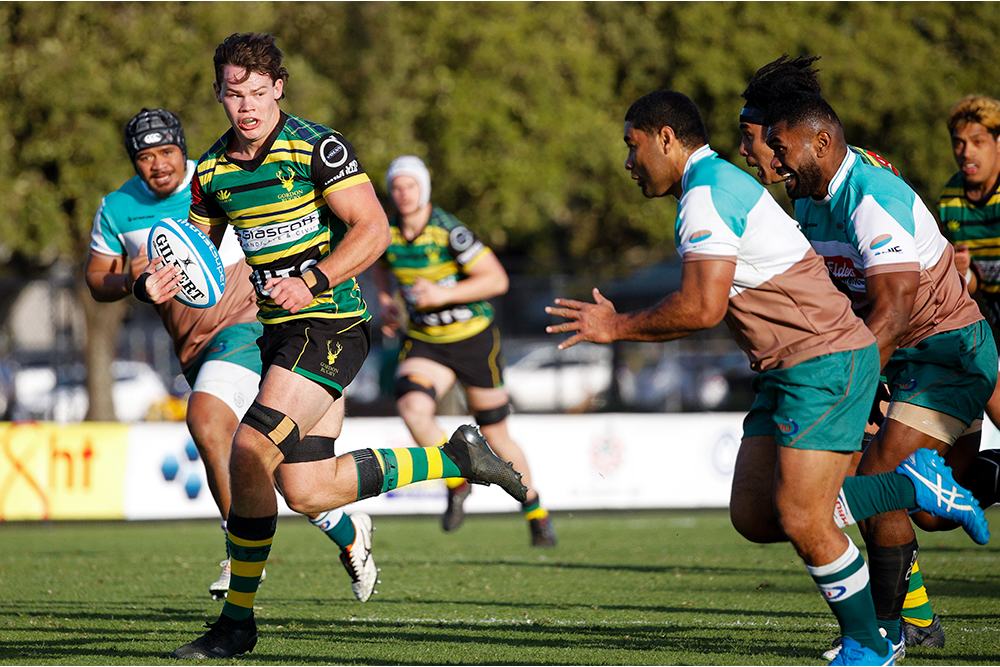 “Three Gordon juniors together as backrowers.”

Being left out of new coach Dave Rennie’s Wallabies squad was a jolt but doesn’t make playing at Leichhardt Oval on Saturday second best when a Bledisloe Cup Test is on across town later the same day.

“There’s no place I’d rather be than playing for Gordon on Saturday afternoon,” Dempsey said.

He’s taken on board Rennie’s message of “greater consistency and playing every game at your best.”

Silk, 21, was just a few months old in 1998 when Gordon won their last premiership.

He was unloading hay bales as a labourer to open grand final week but the heavy lifting he’ll be doing on Saturday will be making sure burly No.8 Pat Sio and his Eastwood henchmen are tackled effectively.

“This is the biggest game of my career so far,” said Silk, who would often play three games in a day for Lane Cove juniors before his teens.

“Even when we were 10-3 down against Easts in the second half of the semi-final, the attitude was ‘nah, we can win playing like we play’. Even on the backfoot, we keep going.

“It means a lot to be playing for my local club and to see success coming back to what was a huge powerful club to rebuild the legacy.”

Coleman has been clever in how he’s linked history into a 2020 fairytale. 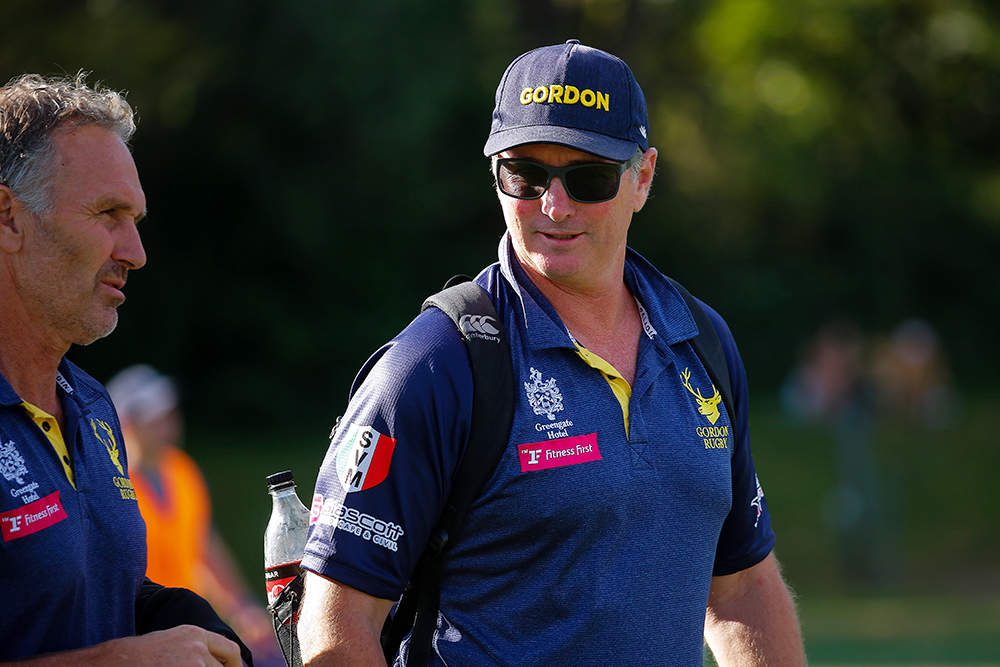 Former Gordon flyer Phil Scarr, the lower grades mentor, spoke in the dressing room before the match against Randwick in the regular season to describe his own feelings about what it meant to face the Galloping Greens in his day.

Silk is a graduate of the successful 2018 Colts side of coach David Telfer, who has stirred the revolution at that level which fuelled Gordon's club championship success this year.

“We’re seeing Colts come through to not just strengthen the club at the top but through the grades,” Silk said.

Lough has the last word. “The proudest part for me as a club diehard is seeing the love for Gordon from new guys to the club too,” Lough said of key Coleman recruits like five-eighth Rod Iona.

“You can’t get rid of Rodney from around the club. He’s added hugely and he’s definitely got room for a stag tattoo for his collection after Saturday.

“It’s almost ideal that we’ve had to fight for this with some tough wins in recent weeks and long periods defending on our own tryline.

“It takes resilience in finals...Tartan Tough.”

This article was originally published on RUGBY.com.au.